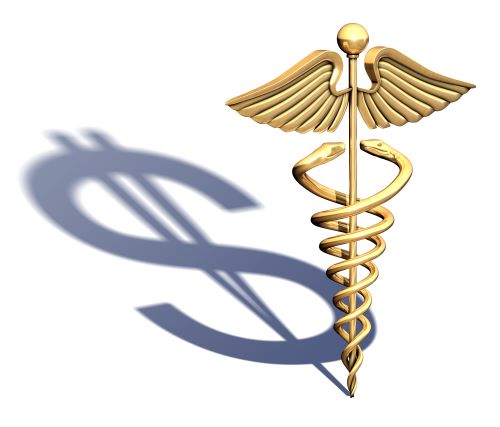 In Bigger Government: The Future of Government Expenditure in Advanced Economies I show that government spending is set to increase greatly over the coming three decades in all advanced countries because of powerful external forces and pressures which will operate irrespective of the political orientations of governments. Overshadowing everything else will be very large long-term increases in health spending. In the United States, the Congressional Budget Office (CBO) has projected that government health spending will rise by 4.1 percent of GDP over the thirty years 2019-49, which is not greatly out of line with past experience.  In reality, however, the increase in spending will be appreciably larger than this – even in the absence of reforms that devote additional resources to reducing the ranks of the uninsured.

The US will not be alone in this. All advanced countries face the prospect of similarly large increases in government spending in this crucial area. An extremely conservative prediction is that government health expenditure will increase by at least 4 percent of GDP everywhere in the years up to the middle of this century.

Government health expenditure will grow because total – public and private – health expenditure will increase, dragging government spending up with it. Additional spending resulting from the rethink of health policies stimulated by the pandemic will only play a minor part in this. Nor will it be mainly due to population aging, even though many – erroneously – believe this to be the main force driving health spending up over the long-term.

The real story will be the expanding technological “capabilities of medicine” – and, more specifically, the way in which health spending is pushed up by the constant arrival on the scene of dazzling new medical treatments which are both highly effective and expensive.

We are now in the early stages of an era of particularly rapid expansion of the technological capabilities of medicine. The springboard of this is the unfolding bioscience revolution, which is progressively deepening our understanding of the molecular basis of disease. Especially important in pushing up health expenditure over coming decades will be the rapid diffusion of new precision and customized treatments. Recent years have already seen the arrival on the scene of growing numbers of new precision pharmaceuticals. These are drugs which are targeted at patients with specific genetic or other biomolecular characteristics, as identified by tests which look for telltale “biomarkers.” Customized medicine – involving treatments that are unique to the patient – has also been developing rapidly. It is, for example, clear that medicine will in future make extensive use of replacement organs and tissues grown from patients’ own cells. So-called autologous transplants will help to overcome both the problem of rejection of “foreign” donor organs, and the persistent shortage of donor organs.

Precision and customized treatments are expensive because they are complex and because they are inherently incapable of being mass-produced in a way that keeps their cost down via economies of scale. Take the example of Kalydeco, a recently-developed (2012) and stunningly effective precision drug for the treatment of cystic fibrosis (CF). Its cost – around $300,000 per patient year in the US – is eye-watering. It is more than seven times more costly than Pulmozyme, the major CF drug developed two decades earlier. Why? In part because Kalydeco is a complex drug which was expensive to develop. But the more important reason is that this precision pharmaceutical is targeted at only a tiny minority (about 5 percent) of CF sufferers, who have certain specific genetic variants of the disease. Its high development costs must therefore be recouped from a very small group of patients, rather than spread out over a larger patient population. Pulmozyme, by contrast, works – although much less effectively – for almost all CF patients. Expressed differently, it is the inherent lack of what economists refer to as “economies of scale” which ensures that precision and customized treatments are expensive.

The impact on spending of the arrival of increasing waves of such new treatments will be huge because their use will not be confined to applications such as the treatment of rare diseases like CF, but will be felt across the full breadth of medical practice. Precision pharmaceuticals are, for example, moving to center stage in the treatment of many cancers. An example is Keytruda, a highly effective drug which targets solid tumors with specific genetic characteristics – at a cost of around $150,000 per year. The treatment of other widespread chronic conditions will also be revolutionized. Take the case of diabetes. Today’s pharmaceutical treatments for type 2 (adult onset) diabetes don’t work terribly well for many patients. We now know that the main reason for this is that type 2 diabetes is not really a single condition, but rather a multiplicity of conditions based on a constellation of varying genetic and epigenetic malfunctions. What we can expect to see in future is the replacement of general-purpose drugs like Metformin with a growing number of precision pharmaceuticals designed to target specific variants of adult-onset diabetes. The story is likely to be the same for other chronic conditions, such as chronic kidney disease (CKD) – and possibly even for Alzheimer’s. Customized regenerative medicine will also play a growing role: for example, through the use of autologous kidney transplants for those with late-stage CKD.

All of this will deliver great benefits to patients, but at considerable additional cost.

Because these transformations in treatment technologies will affect such a large portion of patients, they will impact government health expenditure with full force. The only possible way of avoiding this would be to significantly scale back the scope and coverage of government-financed health services, so as to markedly reduce government’s share of total health expenditure. But this would be politically extremely difficult. In the United States, where government at present finances approximately half of total health expenditure, it is more likely that government’s share of health spending will increase over the long term — due, in particular, to measures to further reduce the numbers of uninsured persons and to improve pandemic readiness.

In most other advanced countries, where government pays 70 percent or more of health expenditure, substantially reducing the scope and coverage of government-financed health services would undermine the fundamental principle of universal health coverage.

There is nothing contrarian about the proposition that the expanding capabilities of medicine, driven by advances in medical science, will be the main actor in the unfolding drama of rising health spending. The view that scientific advances are the principal force behind the long-term growth in health spending is a mainstream one amongst health economists. What is different now is that the rate of technological progress has stepped up a gear.

This is something which none of the official forecasts of future health expenditure capture. Mostly, they assume that scientific advances will have the same impact on spending in future as in the past. This is, in effect, the assumption underpinning the CBO forecasts referred to earlier.

Official European Union health expenditure projections don’t even do this. For some unfathomable reason, they assume that the “non-demographic determinants” of health expenditure – a grab bag of factors in which scientific advances is included – will have a declining impact on spending over coming decades. Any European government which relies on these forecasts to plan future health spending is in for a rude shock.

We need to be a little sympathetic to the forecasters. The problem they face here is that it is inherently particularly challenging to model the impact on health spending of technological advances in health treatments. This is not to say that it is necessarily easy to model the impact of, say, demographic factors – something which I will return to in the next blog on this topic. But advances in medical science, and their impact on health expenditure, are particularly difficult to model. But it is highly unfortunate that standard practice these days is simply to lump technology in with a range of other factors as a residual – rather than being treated explicitly as a separate variable. This draws attention away from the central role of the expansion of the capability of medicine in driving long-term trends in health expenditure.