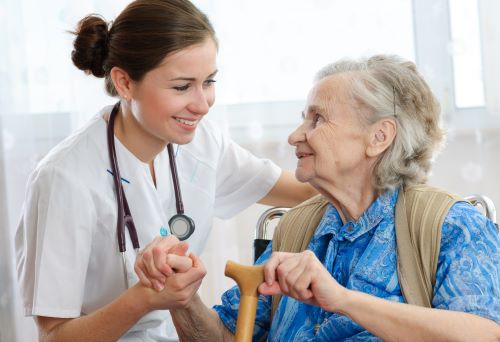 There is a widespread notion that demographic aging will be the most important single factor driving health expenditure up over coming decades – or that, at a minimum, its impact on spending will be as great as any of the other forces which may be at work to increase spending. This is, however, wrong. Why it is wrong is the subject of this blog piece.

This view of the role of demography in driving health spending is one which has, for example, expressed by fiscally conservative think tanks like the Peter G Peterson Foundation in the United States and the Fraser Institute in Canada. In a similar vein, Nouriel Roubini – the well-known macroeconomist who has been nicknamed “Dr. Doom” – recently nominated the “demographic time bomb in advanced countries” as the second of ten trends that would in his view make the 2020s a “decade of despair.” The impact of demographics on government healthcare spending – and its interaction with the lessons learned from the coronavirus crisis – was the main thing he had in mind.

The IMF also appeared to endorse when it warned back in 2015 that “age-related programs (health and pension spending)” – would be the big sources of pressure on government budgets over the long-term. The IMF is on record going back many years as emphasizing the supposedly high degree of sensitivity of health expenditure to demographic aging.

The problem is that this is a view which almost no serious health economist or health finance expert holds. Almost universally, they believe that, although demographic aging certainly has some effect on health spending, its impact is much less than that of other factors.

The mainstream view amongst health economists is that the most important force at work is the expanding technological capabilities of medicine (the role of which was discussed in my earlier blog piece).

In my book Bigger Government: The Future of Government Expenditure in Advanced Economies, I argue that, although the OECD somewhat underestimates the impact of aging, it remains true that population aging will play only a distinctly secondary role in pushing health expenditure up in advanced countries generally over coming decades. The problem of rising health expenditure/GDP is not principally the consequence of the so-called “demographic time bomb.”

The book explains and assesses the principal theories and evidence concerning the way in which population aging impacts on health spending. In this blog, I highlight a couple of the main points.

“Common Sense” and the Impact of Demography Trends

Let’s start with why it seems to be pure common sense to assume that population aging will have a huge impact on health spending and coming decades. Medical spending is much higher for the elderly than it is for younger people. In the US, for example, average per capita health expenditure on people in the 65-84 age bracket is 3 ½ times that of average spending for people in the 19-44 age bracket. Spending on people in the 85+ age bracket is a whopping 6.8 times higher. Expressed differently, there is a steeply rising “age profile” of health expenditure.

United Nations forecasts suggest that between 2020 in 2050, the percentage of the population in the 65+ age group in high-income countries will increase from 18 percent to 28 percent. The percentage in the 80+ age bracket is projected to more than double, to 11 percent. Put that together with the age profile of spending, and it’s easy to see where predictions of a demographic time bomb in health spending come from.

But there is an extensive health economics literature showing that this line of reasoning is wrong. The main reason it is wrong is that it grossly exaggerates the impact of increasing longevity – that is, growing life expectancy in old age – on health spending. This is for a number of reasons, two of which are particularly important: the PTD effect, and the nature of the relationship between the increased prevalence of chronic conditions with population aging and technological advances.

The Proximity to Death Effect

In its pure form, the “proximity to death” (PTD) theory says that health expenditure does not depend on age, but rather on the number of years people are away from the end of their lives. This means that if, hypothetically, average longevity were to increase from, say, 75 years in 2020 to, say, 80 years in 2050, average health spending on a 78-year-old in 2050 would be the same as average spending on a 73-year-old in 2020 – because in each case this age represents about two years before the end of life.

The PTD effect is unquestionably real. Research has been conclusively established that quite a significant portion of lifetime health expenditure occurs, on average, in the last couple of years of life. Much of this is due to the high cost of the intensive health treatment which people tend to receive at the end of their lives.

To the extent that the PTD effect is at work, the impact of population aging on health expenditure is very considerably reduced.

We need to qualify this. As I show in in the book, the “pure” version of the PTD theory is wrong, and that chronological age does have some impact on spending. This means that increasing longevity does have some impact on health expenditure. This is why I said that the OECD projection mentioned above – which assume that the pure version of the PTD effect applies – understate, to some extent, the impact that demography will have on health expenditure over the coming decades. However, notwithstanding this qualification, it remains true that the impact of demography is distinctly secondary relative to the most important factor at work – the expanding technological capabilities of medicine.

Aging and the Increasing Prevalence of Chronic Conditions

The increasing longevity which has taken place in advanced countries over the last half-century is completely unprecedented in human history. The empirical research reviewed in my book makes clear the huge role which medical advances have played in this. Particularly important has been the way better medicine has dramatically reduced premature death from cardiovascular disease. My reading of the evidence is that medical advances have in fact been the number one force working to increase longevity, and have been more important even than behavioral changes such as the big reduction in smoking.

What this means is that it is wrong to interpret the high degree of correlation between increasing longevity and the growing prevalence of chronic conditions as evidence that population aging is the true cause of the problem. To the considerable degree that population aging is the result of the expanding capabilities of medicine, the pressure of spending on chronic conditions is more correctly attributed to the latter rather than the former.

The debate about the impact of demography on health spending has tended to be confused, partially because of the influence of a range of other less soundly-based notions – such as the so-called “compression of morbidity” effect. I explain and analyze these also in the book. Health economists are, unfortunately, partly to blame for the confusion. What is certain is that there is a need, both amongst health policy specialists and amongst fiscal analysts, for clearer thinking on the relationship between demographic aging and rising health expenditure.