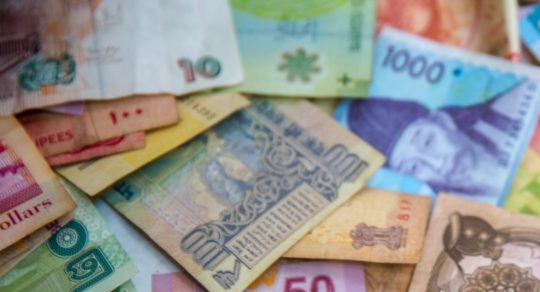 Government spending has dramatically increased everywhere in response to the coronavirus pandemic and the savage recession which it has triggered. In the wake of this, the debate about the size of the state has gained new urgency. However, nearly all of the spending is – and should be – purely temporary. The much more important question concerns long-term trends in government spending.

My new book, Bigger Government: The Future of Government Expenditure in Advanced Countries shows the way in which government expenditure in all advanced countries will be forced upwards over coming decades by powerful external pressures and forces which are independent of the philosophical orientations of political leaders and parties. These pressures will be felt most strongly and universally with respect to spending on health care, climate change and long-term care for the very elderly. In the period up to 2050, government expenditure in a majority of countries by 7 percent or more of GDP.

Although everyone is conscious of the need for additional spending to strengthen national health systems – in the light of the weaknesses revealed by the response to the coronavirus pandemic – this is not the main reason why government health spending will increase enormously over the long term. The really big driver of spending will be the rapid expansion of the “capabilities of medicine.”

Technology-driven increases in health expenditure are accelerating because the bioscience revolution is generating an increasing flood of precision and customized treatments which offer patients huge benefits. While politicians and budget officials understandably worry about how to pay for increasing health expenditure, containing spending is not and should never be the primary focus of public policy. The main concern should be to ensure citizen access to the great benefits which medical advances offer. Doing so will cost governments more, and they will be unable to resist the pressure to spend.

Climate change is the second area where governments will not be able to avoid spending more. Achieving “net zero” and making necessary adaptation investments can be expected to cost governments up to 1 percent of GDP annually over the coming three decades. But governments are likely to spend considerably more than this – possibly up to 2 percent of GDP. This is because popular resistance to higher carbon taxes is leading to increasing reliance on subsidies to households and businesses. Bad policy, but with a clear political logic.

Every advanced nation can also expect to see a substantial long-term increase in government spending on the provision of long-term care for severely-disabled elderly and other citizens. The main reason for this is the intense political pressure on governments to support those who are unfortunate enough to face the catastrophic scenario of dementia or other severe disability. Governments have shirked their responsibilities in this area in many advanced countries, but will not be able to continue doing so for much longer.

In the many advanced countries where there are severe infrastructure deficits – e.g. crumbling roads and closed bridges – infrastructure spending will be another source of pressure.

With respect to age pensions, the story is a little different. This has been one of the biggest areas of spending pressure over past decades. This will continue to be true in most advanced countries for the next decade or two. But after that, the story will change. In quite a few countries, pension expenditure/GDP is actually projected to be lower in 2050 than it is today.

The key point made in my book is that long-term trends in government expenditure are not just the reflection of changes in the political ideologies of politicians and governments. External forces and pressures are also extremely important, and in many cases force governments to spend irrespective of their ideological inclinations. In the decades to come, the pressures forcing spending up will be so large that it will be politically impossible to offset them completely with compensatory spending cuts elsewhere. So one can forget about smaller government. The only question is how much bigger government will get.