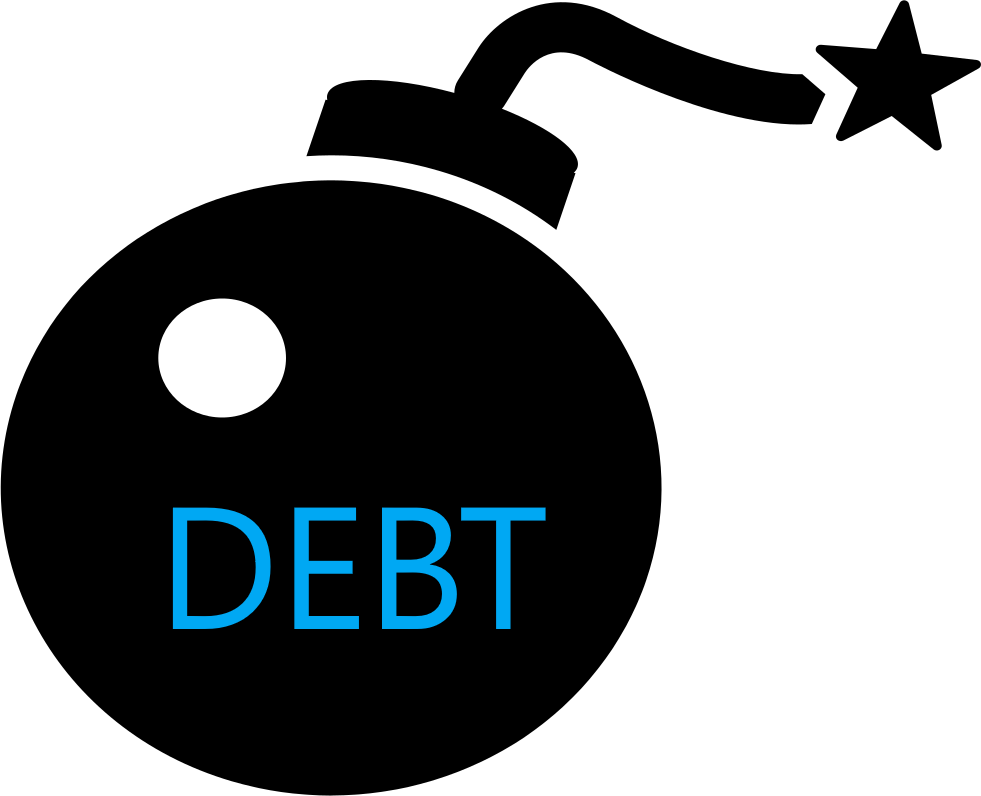 With government debt levels now at exceptionally high levels, many economists and policymakers are reflecting deeply on the challenge of how debt can be reduced to fiscally sustainable levels over the longer term. A few voices have, however, been raised to argue that we should stop worrying about debt and shift our focus to a completely different fiscal measure – net worth. They claim that net worth is a superior measure of fiscal sustainability, and that the focus of long-term fiscal policy should therefore be on increasing net worth rather than on reducing debt.

This view – what we might call the “net worth proposition” – is seriously misguided. What follows explains why.

Fiscal sustainability refers to the capacity of governments to meet their debt and other financial liabilities, without being forced to take sudden damaging fiscal adjustment measures under crisis circumstances (e.g. when faced with a dramatic loss of financial markets confidence in the country’s government debt). Economists generally consider debt/GDP to be the best summary measure of fiscal sustainability for the simple reason that the higher the debt/GDP ratio, the greater the risk of running into trouble. Looking at the current situation it is obvious that, notwithstanding the fact that interest rates are at present exceptionally low, it is precisely the governments with the highest debt/GDP ratios which are at greatest danger of running into severe budgetary difficulties when, at whatever point in the future it may be, they are confronted with higher interest rate or stubbornly slow GDP growth. It is also the most highly-indebted governments which will have the strongest incentives to pressure their central banks to indefinitely maintain the current currently exceptionally supportive emergency monetary policies – notwithstanding that this would ultimately result in rampant inflation.

It follows that, with so many governments in debt up to their eyeballs, the fiscal sustainability imperative – once post-pandemic economic recovery is assured – will be to gradually reduce debt/GDP. How fast, how soon, and by what means debt should be reduced: these are important questions which will continue to be debated. But surely the long-term need to reduce debt is clear?

Well, apparently not to everyone. By suggesting that we should focus on net worth rather than debt, advocates of the net worth proposition are signaling that they disagree that debt reduction will be required in the post-pandemic era.

Net worth (NW) is the value of government assets minus its debt (more precisely, minus financial liabilities). For example, a government with debt of 120% of GDP and assets with a balance sheet value of 90% of GDP would have a negative net worth/GDP of 30%. So to argue that it is net worth rather than debt which is important is the same as asserting that, from the fiscal sustainability perspective, assets fully offset – i.e. effectively neutralize – debt.

The proponents of the net worth proposition are, in effect, claiming that increasing the stock of government assets is just as good a way of improving fiscal sustainability as is reducing debt. Their reasoning also implies that increases in debt/GDP do not adversely impact fiscal sustainability when the money is invested in acquiring assets. These claims might be music to the ears of some of the governments which are embarking on big post-pandemic public expenditure programs and which may well appreciate being told that they needn’t worry about reducing structural budget deficits and debt. Unfortunately, however, they are claims that do not stand up to even superficial analysis.

Consider, firstly, the notion that increasing the stock of government assets is just as good a way of improving fiscal sustainability as is reducing debt. To see what this would mean in practice, let’s consider a hypothetical example. Suppose that, as one element of a long-term strategy to improve fiscal sustainability, the French government plans in several years’ time to levy a one-off wealth tax surcharge yielding €18 billion, and to use the proceeds to repay some of the country’s astronomic pile of public debt. However, inspired by the net worth proposition, certain government advisors argue that the money could just as effectively be used on the asset side of the balance sheet. Noting the increasingly challenging international security environment, an option they recommend is to add an extra €18 billion to the stock of military equipment – the balance sheet value of which would thereby be expanded by approximately one-fifth. The addition of these extra assets to the government’s balance sheet would have precisely the same impact on net worth as the repayment of debt. According to the net worth proposition, then, this option would be just as good a way of improving fiscal sustainability as is the repayment of debt.

Consider, secondly, the claim that extra debt is fine as long as it is spent on assets. In the context of our hypothetical example, this would translate into a belief that the sustainability of French government finances would not be adversely affected by a decision to fund the extra €18 billion in military equipment entirely through additional debt rather than through the wealth tax surcharge. After all, the extra debt would, supposedly, be “offset'” by the additional assets. Indeed, if we took this line of reasoning a little further, we could argue there would be no problem at all if France took on, say, another €90 billion in debt and doubled its stock of military equipment.

It should be clear that this sort of thinking is absurd. Could anyone really believe that the possession of more tanks, submarines or nuclear missiles improves fiscal sustainability? Given that military equipment yields no revenue whatsoever, and for the most part would never be sold off even during a severe financial crisis, how could it possibly be suggested that these assets offset debt?

The example illustrates a general point. This is that assets on the government balance sheet can only legitimately be treated as offsets against debt if, and to the extent that, those assets are recorded in the balance sheet at what we might call their “financial value” – meaning what they are worth in terms of either revenue-generation or practically-realizable resale value. Only insofar as assets have financial value are they capable of yielding cash which could be used to meet government liabilities. But most assets* on the government balance sheet are not valued on this basis, but rather on some measure of their cost**. The €90 billion valuation of the military equipment in the France’s government balance sheet is based on what the government paid for the equipment, and is vastly in excess of its realistic financial value. The same gulf between balance-sheet value and financial value applies to many other government assets: such as, for example, schools and urban roads, both of which yield little or no revenue and could not, in most cases, conceivably be sold to pay off debt*** – but which nonetheless have very considerable balance-sheet valuations.

It follows that, for government, net worth is a very poor indicator of fiscal sustainability.

I’m not suggesting that assets are entirely irrelevant to fiscal sustainability. There is a respectable argument for treating the government’s financial assets (money in the bank, debts owed to government, share holdings etc) as offsets against debt. This is why economists often use various measures of so-called net debt (debt minus financial assets)****. Non-financial assets can also be relevant, although only to the quite limited extent they have practical financial value – as in the case of surplus land. But to accept that balance sheets provide useful information for fiscal policy makers does not in any way imply that they should stop worrying about debt and focus instead on net worth.

The fact that we are now in the post-“austerity” era should not be allowed to muddy the waters on this important matter. The debate over the respective merits of net worth and debt as fiscal sustainability measures has nothing whatsoever to do with how we feel about the merits of Keynesian fiscal stimulus. One can accept the need for some additional spending over the next couple of years to ensure post-pandemic recovery – even at the expense of some further short-term increase in debt – without in any way endorsing the net worth proposition.

Nor does this debate have anything to do with how we feel about the so-called “golden rule”, which is the proposition that debt can be justified on inter-generational equity grounds if it is used to finance capital expenditure which creates assets which will benefit future generations. Even if one is favorable to the golden rule (as I am), one must recognize that ensuring inter-generational equity does not ensure fiscal sustainability. Fiscal sustainability is of overriding importance, and trumps inter-generational equity. So if a government already has unsustainably high debt, it cannot legitimately use the golden rule to justify further adding to its debt burden for capital expenditure purposes. This makes the golden rule of practical significance only for those – sadly, relatively few – governments which have debt already at sustainable levels.

Debt is not a perfect fiscal sustainability measure, but it is by far and away the best measure that we have. Governments should therefore continue to use debt as a core measure for the specification of fiscal rules and targets. Any suggestion that net worth should replace debt for these purposes should be firmly resisted.

(*) Most non-financial assets, to be more precise.

(**) The reality that most general government assets are valued on a cost basis in real-world balance sheets is more clearly recognized in the International Public Sector Accounting Standards Board’s recently-released ED77, with its emphasis on the “current operational value” of assets which are held for the services they provide rather than the financial flows they yield. IPSASB prepared these new standards in response to criticisms from governments that the undue primacy given to the concept of “fair value” in accounting standards. (As an aside, while these proposed new standards are a positive step forward, the economic logic behind their emphasis on the replacement cost of assets is unclear. Real – i.e. inflation-adjusted – historical cost, makes more sense.)

(***) The point is not only, as is often suggested, that these assets are “illiquid” (i.e. difficult to sell and capable of being sold only with considerable time delays). Of much greater importance is the fact that governments would never consider selling many of the assets concerned. School buildings and land would not, for example, be sold however serious a financial crisis might be (with limited exception such as the odd schools in a depopulated area). Governments would invariably prefer default to the sale of such crucial assets.