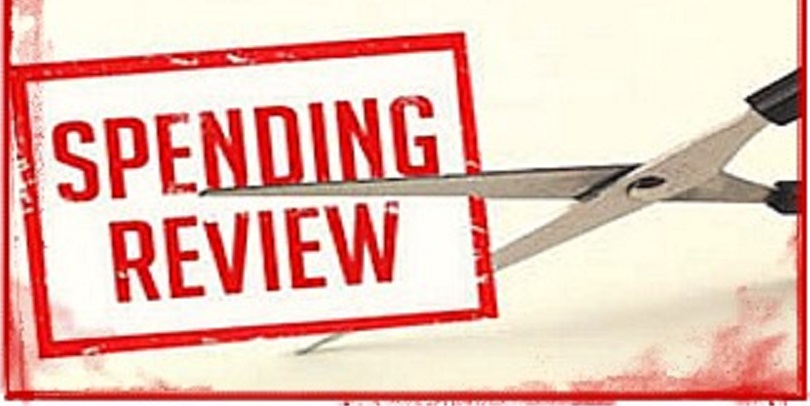 Spending review, as I wrote recently, will be needed more than ever in the post-pandemic era. Surely, then, it is encouraging that there has over the past decade been a major expansion in the number of countries practicing spending review?

Well, yes, but there is a problem. The problem is that in some countries, the spending review mechanisms which have been created in recent years are not fit-for-purpose for the post-pandemic era. This is particularly true in certain European Union countries.

It is the very difficult medium and long-term fiscal prospects facing many governments which make spending review essential in the coming years. Spending review has a vital role to play in helping to find fiscal space for additional spending in areas including health, climate change, long-term care and, in some countries, infrastructure. In the many nations with unsustainably high levels of debt, spending review will also have an important role to play in fiscal consolidation – that is, in helping to reduce structural budget deficits and bring down debt.

Finding additional fiscal space and supporting fiscal consolidation require spending review in the classic sense – namely, the systematic review of baseline expenditure to identify savings measures. The focus of such spending review, to put it bluntly, needs to be on making spending cuts.

The trouble is that the more popular spending review has become, the more the term has been de-linked from its original focus on the search for savings measures. It has come to be used to refer to any type of expenditure analysis aimed at improving the quality of public expenditure, even if it has little or nothing to do with the search for savings. Spending review has come to be indistinguishable from other forms of what might be called performance review, such as program evaluation and performance auditing.

Spain is an example. Since so-called spending review was established in Spain in 2016, many reviews have been conducted, but only a mere handful have proposed savings measures. The independent body which has been mandated by the government to carry out “spending reviews” explicitly defines its objective as improving the quality of government expenditure, and is on record as denying any focus on cutting spending.

How is it that the meaning of spending review has morphed in this way in such countries? Much of it can be traced to the anti-austerity backlash after the global financial crisis (GFC). Since 2016, the European Commission has been encouraging – indeed, pressuring – member countries to establish spending review systems. However, many governments – particularly in countries that went through Commission-supervised fiscal adjustment programs after the GFC – want to distance themselves from “austerity” and are unwilling to do anything which might make them appear to be enthusiastic about cutting spending.* They have, however, been prepared to keep the Commission happy by establishing spending review systems with a more uncontroversial focus on improving the quality of public spending. Commission officials have proven willing to go along with this, and have even adjusted their definition of spending review accordingly.**

Don’t get me wrong. I think it’s great to have performance review aimed at improving the quality of public expenditure. It is particularly welcome in countries where the public sector has had, historically, a very weak performance focus. The Spanish “spending review” system is excellent if viewed as an instrument for improving the quality of public expenditure. The independent body which runs the system – AIReF – is doing an outstanding job with the mandate it has been given.

The problem is that this leaves a yawning gap in the place where true spending review should have been. Countries like Spain are not building systems that are well suited to the task of identifying savings measures, despite the fact that this is what ministries of finance and governments will desperately need in the coming years.

There is a need for debate about how best to solve this problem. Governments need both broad performance review and savings-oriented spending review. A crucial question that must be addressed squarely is whether it is possible to package both of these into a single performance review system – in other words, to make the search for savings measures one component of a broad performance review mechanism. I am inclined to think that the answer to this question is “no”. There is historical experience that suggests that if the search for savings options is merely part of a broader performance improvement mandate, it will tend to get lost. There is no surer way of overloading spending review working groups – which are typically required to complete their work in periods of several months – than by asking them not only to identify savings options, but also to search for other possible ways of improving policy, management and the quality of spending generally. If, moreover, review aimed at identifying savings to work is going to work well, it needs to be run by the ministry of finance, rather than by an independent body outside executive government, or some other ministry.

This leads me to believe that the only way of ensuring the effectiveness of true spending review is to maintain, under the direct control of the ministry of finance, a distinct spending review mechanism the primary focus of which is explicitly on the search for savings measures – like the outstandingly-successful Danish spending review system. This, I believe, is the best way to ensure that governments have spending review systems that are tailored to the needs of budget preparation – which is what they are going to need in the years to come.

* As an EC official closely involved in the delivery of technical assistance to member countries to build spending review systems has observed “Member States might feel pressured to undertake a spending review to show progress towards a CSR [country specific recommendation] but they might be also mindful of avoiding being perceived as cutting services for their citizens. … The first challenge is often the resistance generated by the common perception of the spending review as a tool to cut the budget. This ‘stigma’ is understandable and it is clearly a legacy of the 2008-2011 economic crisis” (Ercoli, 2020: 51).

** So that it now incorporates reviews aimed “at increasing the value delivered for public money spent by optimising the public funding-impact ratio” (Bova and Ciobanu, 2020: 9).