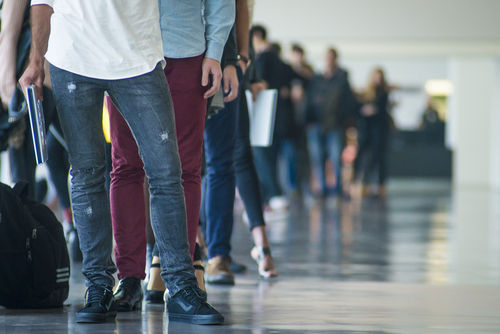 There are many who think that income support – welfare benefits such as unemployment benefits, income supplements and tax credits for the working poor, and child benefits – is a key area where governments will be compelled to spend much more over coming decades. They consider that changes in the way the economy works will produce rising poverty which will necessarily lead to higher welfare spending. Many take the view that the only effective solution will be a costly universal basic income.

I disagree. In my new book Bigger Government I argue that there is no compelling reason to believe that underlying poverty will trend upwards in coming decades. Setting age pensions aside, it will be policy changes – and not external forces such as changes in the economy – which determine whether income support spending increases or falls in particular countries over the long term.

Firstly, because the prospect of technologically-induced mass unemployment is nothing more than a bogeyman, the only practical function of which is to sell books on the frightening dystopian future which humanity supposedly faces.

Secondly, because the proposition that there is a growing army of “precarious” workers who need more income support from the state is a myth. Let me say a little more about that here.

There is a small army of pundits and sociologists – the “precarity theorists” – who allege that precarity is omnipresent and rapidly growing in advanced capitalist economies. Guy Standing, for example, is in print claiming (without citing any statistics or other evidence) that around one-quarter of the modern workforce fall into this category. In my book, I have carefully analyzed such claims and found them to be baseless. I do so by looking at the statistical evidence of actual levels of what I call “earnings precarity” – meaning the actual exposure to a high risk of involuntary loss, or drastic reduction, of labor income. There is no evidence that earnings precarity, thus defined, has grown over recent decades in advanced capitalist nations. This reality is hidden by the failure of the precarity theorists to either clearly define what they mean by “precarious work,” or to recognize one simple fact: that irregular work (which has certainly grown considerably over recent decades) is not necessarily precarious work.

The world economy is now moving into a savage recession. This will inevitably bring with it a substantial increase in underlying poverty and precarity. But it is crucial to distinguish between cyclical changes in the labor market and long-term trends. Things went bad in the wake of the global financial crisis a decade ago, but economies eventually recovered. The same will happen this time, even if the recovery might take as long as five years. This needs to be borne in mind when we listen to the loud voices which will undoubtedly be raised over the next couple of years claiming that there has been some permanent shift to labor market with much higher levels of structural unemployment and in-work poverty.

Let me emphasize that the point I’m making has nothing to do with the entirely separate moral question of whether particular countries should spend more on income support. If I were, for example, an American, I would certainly be arguing so. It is nothing short of a disgrace that the richest nation on the planet leaves so many of its citizens in desperate poverty. But the focus of my book is not on policy and philosophic choices, but rather on the underlying economic and social forces which will impact on government spending over the coming three decades.