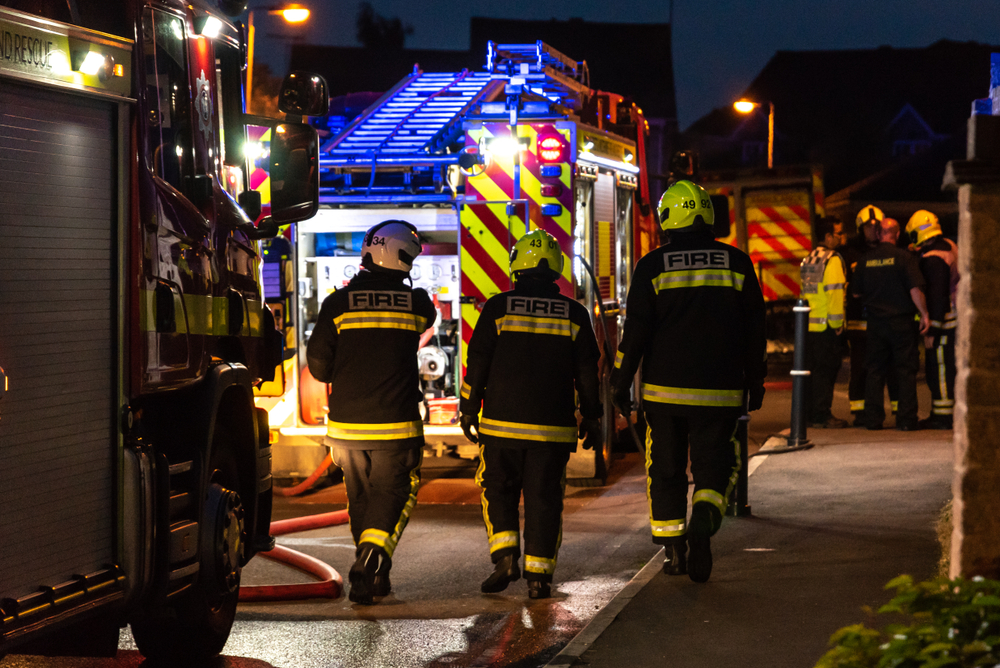 In this blog piece – the third in a series of four – I look at why budgeting based on unit costs doesn’t work well for services where there is a lot of uncertainty about the quantity of output which government will need to deliver. This is one of the key reasons why unit cost budgeting is a tool which should only be applied selectively.

Unit cost budgeting, as we’ve seen, is a mechanism for funding government entities by identifying the various types of output they deliver, and then multiplying each output’s unit cost by the planned quantity of that output to calculate the required level of funding. As we saw in the last blog piece, this idea runs into trouble in the case of outputs which are so heterogeneous that they have no stable unit cost.

There is, however, another major problem which often arises, relating to the “planned quantity of output” element in the funding calculation. Consider the example of the fire service, the key output of which is fighting and putting out fires. Any attempt to fund the fire service based on the planned quantity of outputs would run into the obvious difficulty that no one knows how many fires the service will need to respond to during the next financial year. Maybe next year will be a year with relatively few fires. Maybe, however, there will be a surge in conflagrations. Whatever happens, the fire service will be expected to respond to each and every fire. Even if the output was a standardized one (which it is not), it would be impossible under these circumstances to apply unit cost budgeting.

In funding the fire service, the budget is not financing a planned quantity of output. Rather, it is funding a level of response capacity. This response capacity will, moreover, typically have a substantial safety margin built into it, meaning that in all but exceptional years the fire service will deliver fewer outputs than its resources would permit it to deliver if needed. This is why firemen spend quite a lot of time sitting around the station playing cards.

The same is true of all emergency services, and of quite a few other government services as well. The armed services are an extreme example of this. Their principal “output” is fighting wars. In peacetime, however, what is being funded is not the output but the capacity to deliver the output if it is needed. Indeed, the main reason for maintaining a strong military is to avoid having to deliver the output at all, by deterring aggressors.

In the last blog piece, the example of criminal investigations was used to illustrate heterogeneity. But criminal investigations also provide another example of the problem of unpredictable output quantity. When serious crimes are committed, the police are obliged to investigate them. But at the time the budget is prepared, no one knows how many serious crimes will be committed in the coming financial year. The United States has, for example, been experiencing a recent unanticipated surge in murders — all of which need, at least in principle, to be investigated.

The police cope with these types of fluctuations in the demand for their services by rationing and prioritization. If there are twice as many cases to be investigated this year as last year, half as much investigative effort will on average be applied per case. Resources will also be diverted from minor matters to the more serious cases.

All this makes any notion of planning the criminal policing budget based on unit costs doubly unworkable.

What about the possibility of responding to unanticipated increases in the demand for such services through the allocation of additional resources during the financial year? This is indeed one potential response, and is particularly likely to be used under extreme circumstances (such the funding of hospitals during the current pandemic). However, the scope for additional funding is constrained by the fact that there is typically only very limited scope to acquire the necessary additional specialized resources – e.g. to hire more detectives, fireman, nurses or soldiers – at short notice.

There is also another major constraint on government’s ability to deal with unanticipated increases in the demand for major services by throwing additional resources at them. This is the need to maintain control over aggregate expenditure and the budget balance. After all, unlike the private sector, when government delivers extra services to the public, its revenues don’t automatically increase through additional sales revenues.

In the first of this series of blog pieces, I referred to the successful systems of output-based university funding which operate in many countries, under which governments provide much of the funding of public universities based on their teaching outputs. I pointed out that one of the reasons that this system works is that governments have the ability to decide how many university places they will fund each year, thereby capping their total spending in this area. What I didn’t mention is that in at least two OECD countries, there have been periods in the past when governments (unwisely) decided to fund, on an open-ended basis, whatever number of student places universities offered. In each case, the result was an explosion of enrollments and spending which put considerable pressure on the government budget as a whole. This led ultimately to the re-imposition of limits on the number of government-financed enrollments.

In the next blog piece – the fourth and final in this series – we turn to the question of the practical constraints on the application of unit cost budgeting.

* These are what I have elsewhere called “indeterminate” expenditure (see my paper ”The Coverage of Aggregate Expenditure Ceilings,” OECD Journal on Budgeting, 2015 (1).)